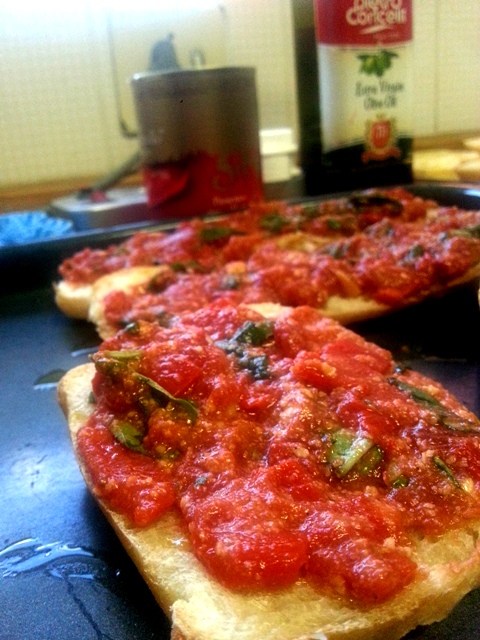 One afternoon far in my distant memory, I had the pleasure of having the lounge to myself….so I thoroughly enjoyed lazing on the couch watching one of my favourite channels, TLC…hehehe what can I say, I love TLC and The Food Network and and and….

And Buddy Valastro of Cake Boss fame on his home cooking show, Kitchen Boss, made the most delicious-looking quick and easy pizza bread! So I tried his version with my own little tweaks….the notable differences between my recipe and his are that he uses whole canned tomatoes which he mashes down, I just use chopped tomatoes in a tin, and he add Romano cheese which I didn’t have….and of course, every indian girl who loves her spice adds her own flavourings because I didn’t want it just seasoned with s&p.

This is a one bowl wonder to get it all ready….so here goes.

Get a few ciabatta rolls and slice them horizontally, plus one gluten-free roll for me and drizzle with olive oil 🙂 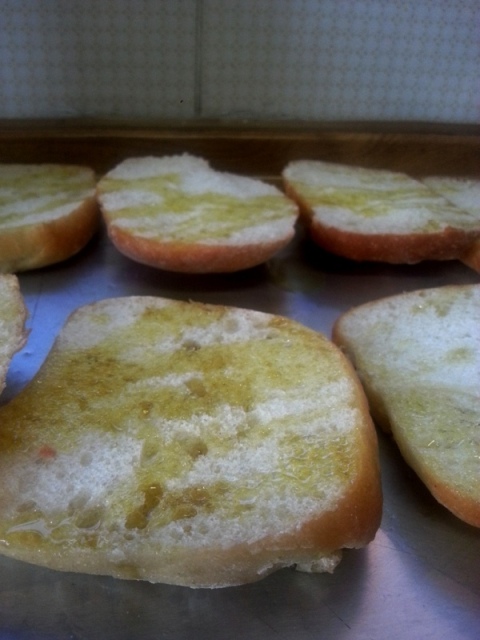 Provolone or Mozarella slices to top the bread before baking 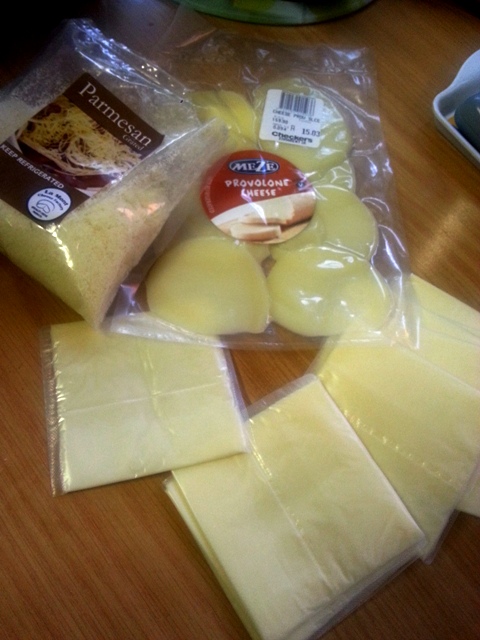 Combine the above well except for the Provolone/Mozarella.

Arrange the bread onto an oven tray, facing up. Drizzle with olive oil and then smear generously with tomato mixture. 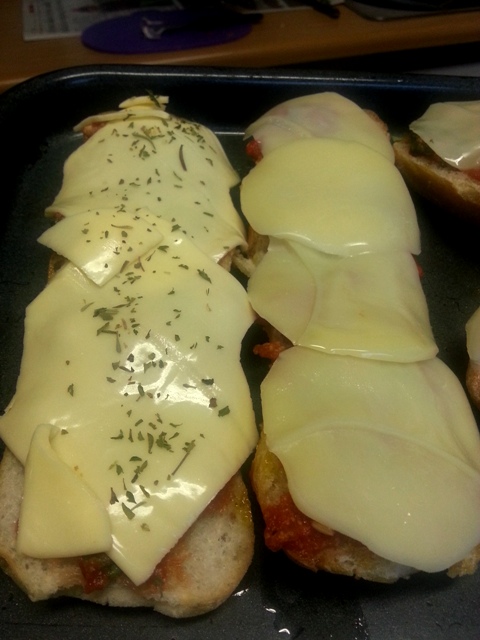 My brother says he would’ve preferred it with some meat……and I reckon this can easily be made with a steak/chicken filling if need be. Some men just don’t understand meat-free Mondays…hmmmpph! 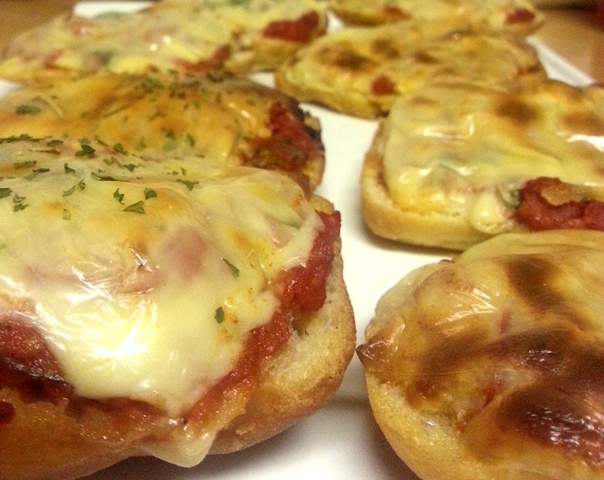