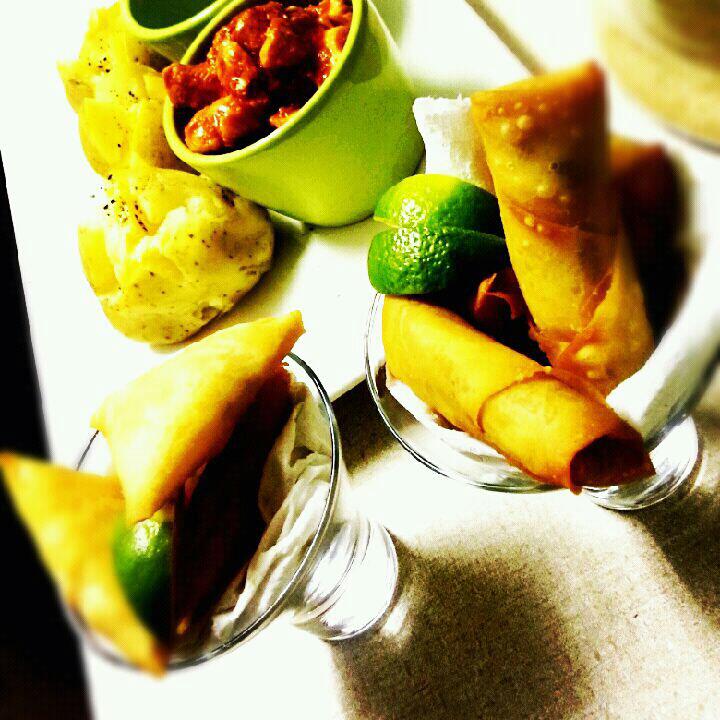 Pizza samoosas…….I can hear that voice in your head going “what??! sounds too weird” but yes, it’s been flooding my newsfeed on facebook for the past couple of weeks.

I see recipes of pizza samoosa going around like wildfire, and then I speak to a friend of mine and she said she did them as pizza springrolls instead and quite enjoyed it! What a good idea.

So now that I reckon, if everyone is talking about it so much, then perhaps I should try it out. But as always, I had to make my own little twist.

Since I had already tried a delicious cheese springroll recipe shared with me on the “Spice of Life” foodie group, courtesy of Fatima Bulbulia, I needed to add some protein. Hehe

So I had some chicken leftover from my moon filling recipe and I added to it to develop these pizza springrolls.

I was pleasantly surprised at how delicious they came out, even though my sister says:

If it tastes like pizza, it should BE a pizza!

so where’s the pics?…..uhmmm ya, before I could take a pic, the test ones were all eaten!

So take 2 cups of any chicken filling (preferably a plainer filling sans turmeric etc.) and then add the following: 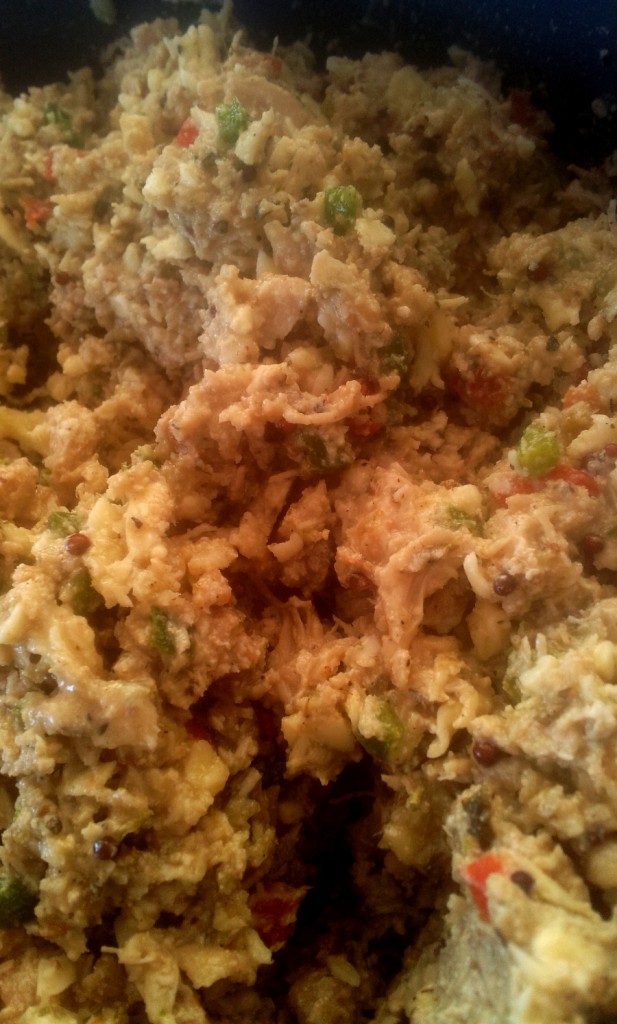 Fill into your springrolls, roll and seal.

You can freeze them now.

For an added cuteness factor, you can dip each end into egg and then breadcrumbs. I can just imagine how oulik it would look!

Fry in hot oil. Serve with lemon and chutney.