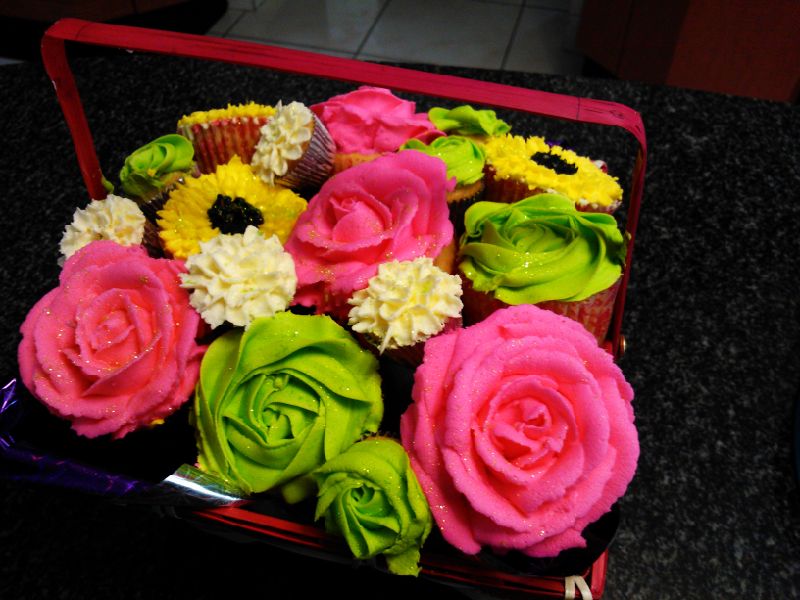 I was honoured and flattered to be asked to be a part of the panel of judges for a competition run by a national community radio station viz. Channel Islam International

Safeera Kaka-Mahomed is a presenter on the popular lifestyle program that airs from Monday – Thursday 11am til 1pm. She has a firm following from listeners across the country who tune in to hear the program which covers topics such as but not limited to, home decor, food, gardening, health, fashion, entertaining and more.

So the Queen of Cupcake competition is the brainchild of Safeera and it called for listeners to send in pictures and recipes of their tried and tested cupcake recipes to be judged…..more details on the competition here

I had no idea the depth of what I was getting into when I accepted and the level of passion from the entrants….it was indeed a fun, TASTY and intense task to choose the cupcakes of distinction.

What it involved was not only looking at pretty cupcake pictures but the proof is in the making and the tasting so I stayed up many nights baking away all the wonderful recipes that were sent through and filling out the detailed and rigorous judging form.

I baked and decorated and tasted all the amazing recipes that were sent through and they were accompanied by wonderful pictures too.

And the winner and runner up were so close that it was a matter of a few points that seperated them.

Here’s some of the entries that came through…

and many many more….

This was the most fun I’ve had when judging……….ever!

Want to know who won and get the recipes of my top picks from the competition? Click here